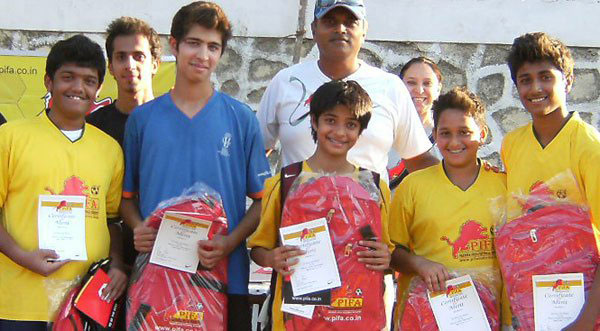 PIFA conducted their annual all center football tournament on Sunday 16th January. The event which was held at St.Andrew’s, Bandra attracted over 25 teams and over 250 children who participated in 4 age groups – U-8, U-11, U-14 and U-17. In the U-8 category, Prakhar Goel was adjudjed to be the best player in this age group with Riday Khandke and Vedant Joshi picking up the Fair Player and Most Improved player awards. Zal Colabawala, Zaid Chaitwala and Mariam Mozayan were identified as Promising Players.

The 4 winning team in their respective categories were as follows: