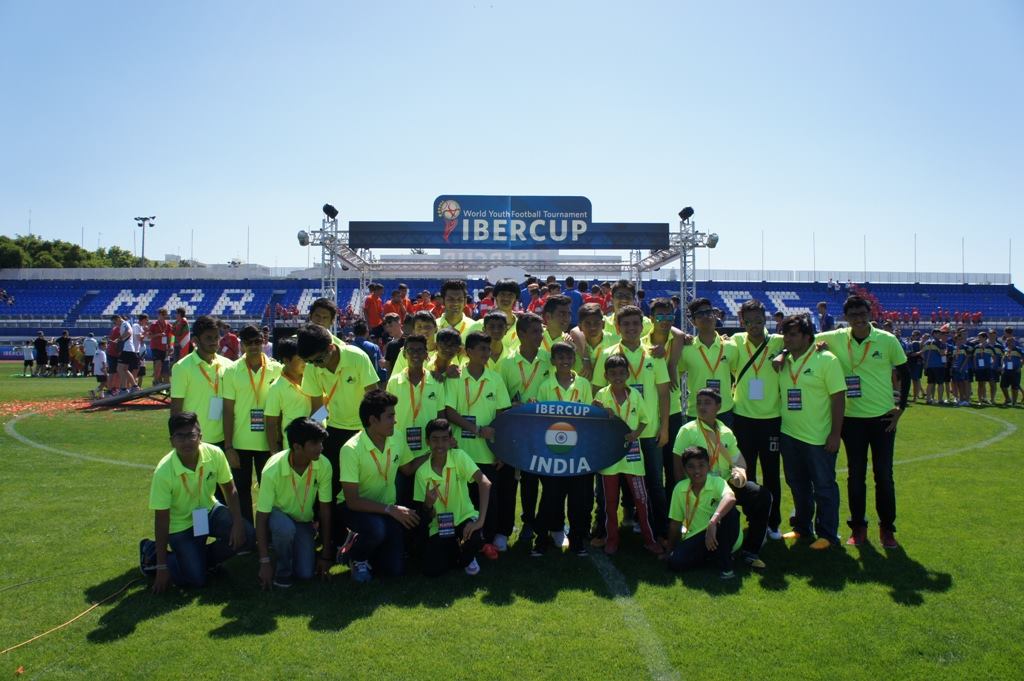 PIFA organised football camps to Europe are educational, inspirational, fun and above all very SAFE. A lifetime experience.

Past campers have gone on to make a career in football. (Kean Lewis attended camps to Manchester and AC Milan, now he played for Mohun Bagan and Delhi Dynamos)

Any boy or girl aged between 8-18 years from India who plays football and has a valid passport can attend this 10 day dream camp. (We do not fool you by conducting trials and then say you are selected)

The campers return confident and learn to be independent. We play friendly matches against competitive opponents of our calibre. (Rather than get beaten 20 goals in 15 minutes which has a demoralising effect on the child and say it was fun)

Talented players will be invited to play for the PIFA club team in state & national tournaments. Campers and their parents are counselled on how the camper can make a career in football playing and/or studying. (We do not promise what is not possible)

To enrol send an email to camps@pifa.co.in

(Email your name, date of birth, address, school and a copy of you passport.)

Note: Payments for service are applicable.