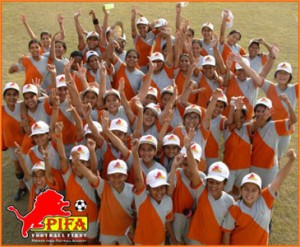 PIFA kicked off the first of the three camps organised in 2007 in India.

The camp were conducted by Gary Lewis & Peter Tickle both highly qualified and licensed UEFA coaches from England.

Ten children who topped the PIFA Skills Contest benefited from this camp thanks to Dr Francis Saldhana generosity.

Skills winner for the camp was Aryaan Sood with 760 points

Skills winner for the camp was Calvin Lobo with 770 points. 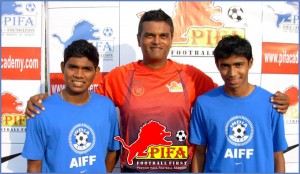 The camps ended with PIFA Director felicitating the 2 boys of India U-16 team Harshad Meher & Ajith Bhoir with a cheque for Rs 5,000 each from PIFA Foundation.

They returned from the AFC championship tournament in Saudi Arabia, unbeaten. Both boys are from PIFA.