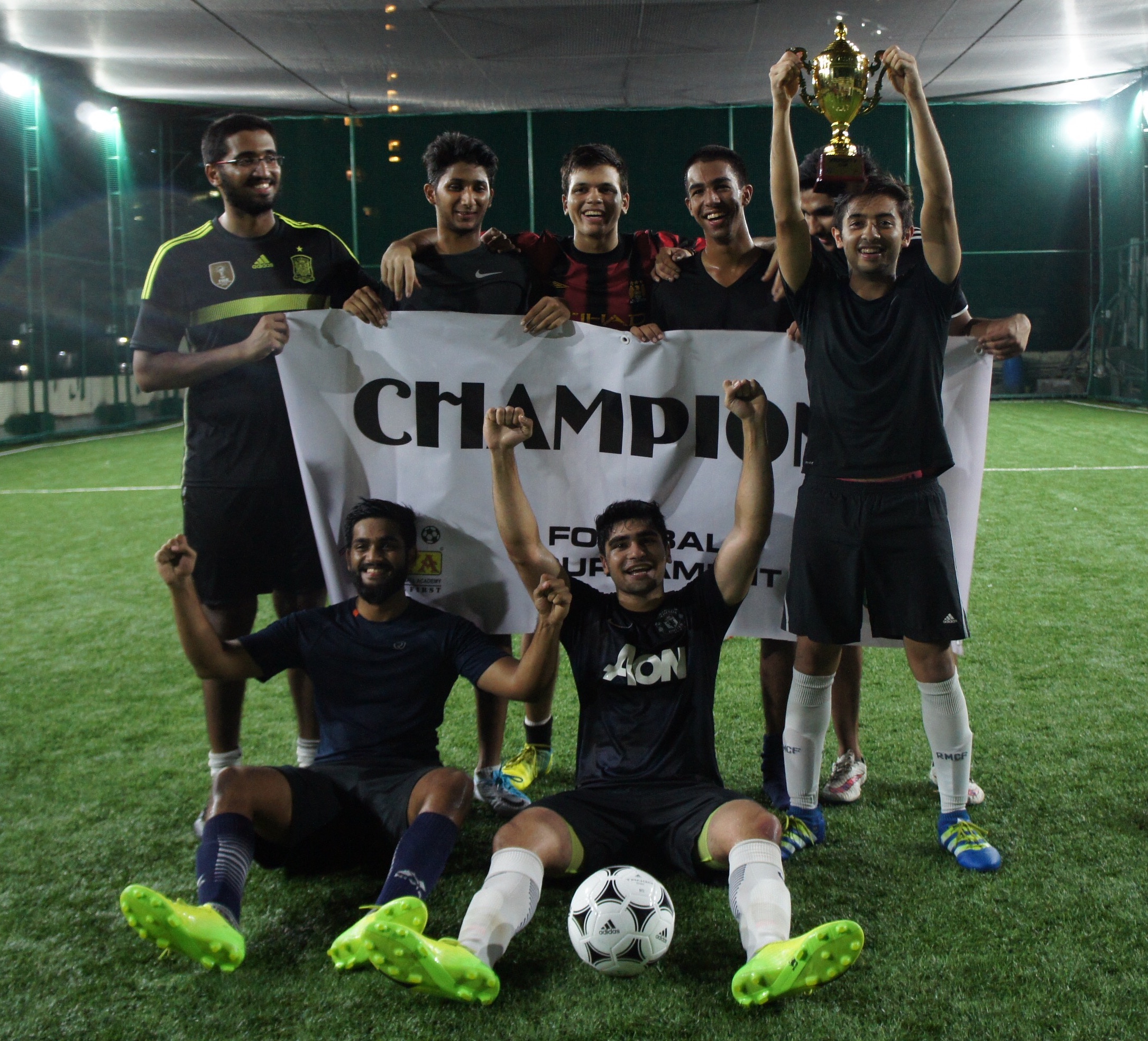 PIFA Corporate Leagues a division of PIFA organized another successful football tournament to promote Indian football under the grassroots development guideline’s of AIFF.

The Varsity Cup was specially designed for College / University students especially for those going abroad for further studies.

Ten teams participated in the two-day tournament held on 29 & 30 July 2017 at the PIFA Centre of Excellence Training Centre in Mahalaxmi.

Habibiz beat Purple Haze in the semi finals 4-1, while Bamba FC beat UFC 3-0 which was undoubtedly the toughest game of the tournament. This game exhausted the Bamba FC players in their final match.

Karan Dave got the Highest Goal scorer having scored in the Final while Shanay Surana got the Best Player Award.

PIFA’s Neel Shah presented the prizes to all the winners.