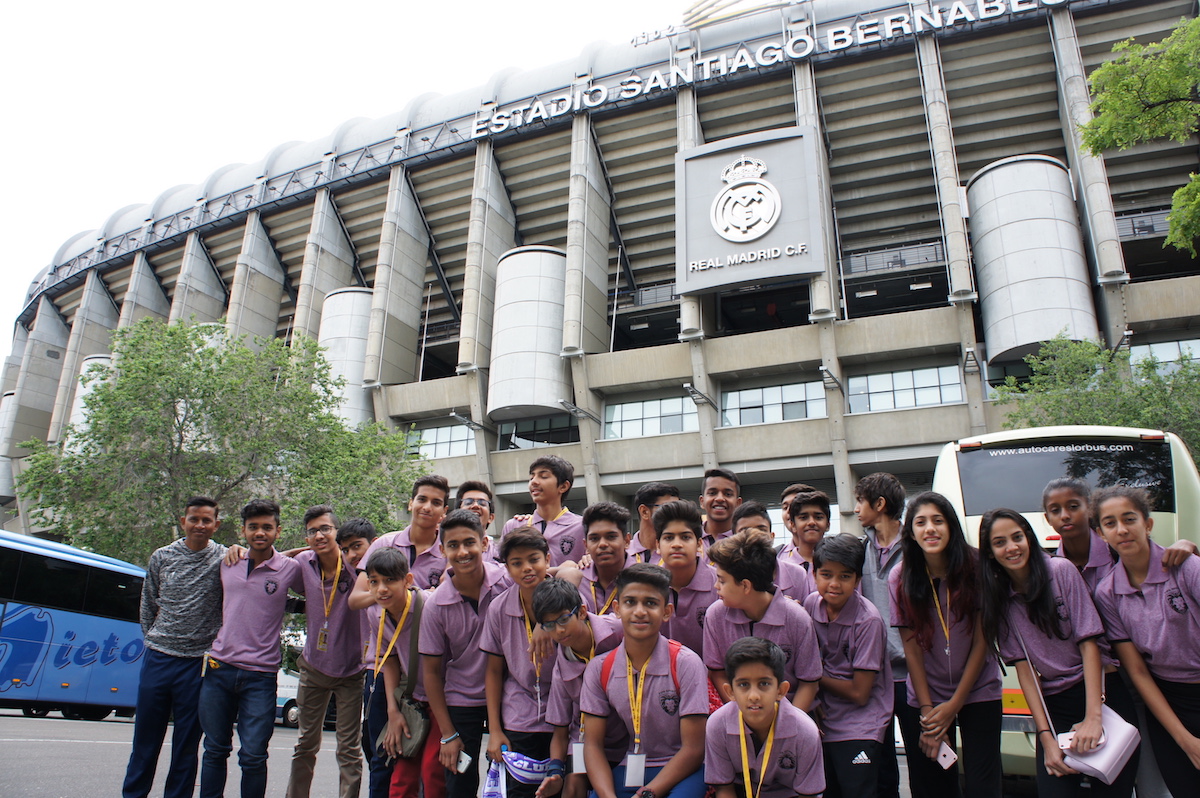 Premier India Football Academy organised their 37th camp to Europe for Indian children from May 14-22, 2017. This time the venue was the beautiful city of Madrid home to the European Champions Real Madrid.

The PIFA camps are specially organised for Indian children to live their dream through a memorable fun experience while introducing them to European football coaching they also get to experience the foreign culture, language and culinary taste, the campers also learn to be independent and build new long lasting friendships.  Utmost emphasis is taken on the well-being and safety of the children from the time they leave India. The tour is accompanied by two well-experienced travellers both the Directors of PIFA, who are parents and football managers/coaches. They have personally taken about 1000 children to Europe, the last camp being to Dortmund, Germany.

This camp had 26 children including 4 girls, from all over India – Mumbai, Pune, Jalgaon, Ahmedabad, Rajkot, Delhi, Hyderabad, Chennai & Kolkatta.

Coaching was conducted daily at the Spanish Federation facilities in Madrid by UEFA Pro License coach Jose Rico Huerta and assisted by Fransico Garcia with the focus on technical skills and tactical movement.

One of the many highlights of the camp was undoubtedly watching Real Madrid FC beat Sevilla SC 4-1 in the Santiago Bernabéu which was also the last home game of the season and Cristiano Ronaldo impressed our campers with 2 goals.

Another highlight for our 4 girls was meeting the Spanish U19 women’s team and watching them train for the UEFA Women’s Euro U19 round 2.

Also excursions to the cities Royal Place & Gardens, the Spanish FA Head Office & Museum where they saw the 2010 FIFA World Cup and the Euro 2008, 2012 Trophies.  They also visited the Atletico Madrid Stadium – Vicente Calderón Stadium which hosted the last games of the La Liga before they shift to their new stadium.

Later in the week they also took a tour of the Real Madrid Stadium and museum, they highlight being the 11 UEFA Champions League trophy and the 2 FIFA Club World Cup trophies.

A friendly match 9v9 was organised against Club Unión Collado Villalba while our junior campers beat them 6-4  our senior campers lost 2-3.

The campers got to meet Juan Carlos Valerón ex-Spanish (46 caps) as well as Mallorca, Atlético Madrid and Deportivo player.

It was an exhaustive camp with so many things to experience. 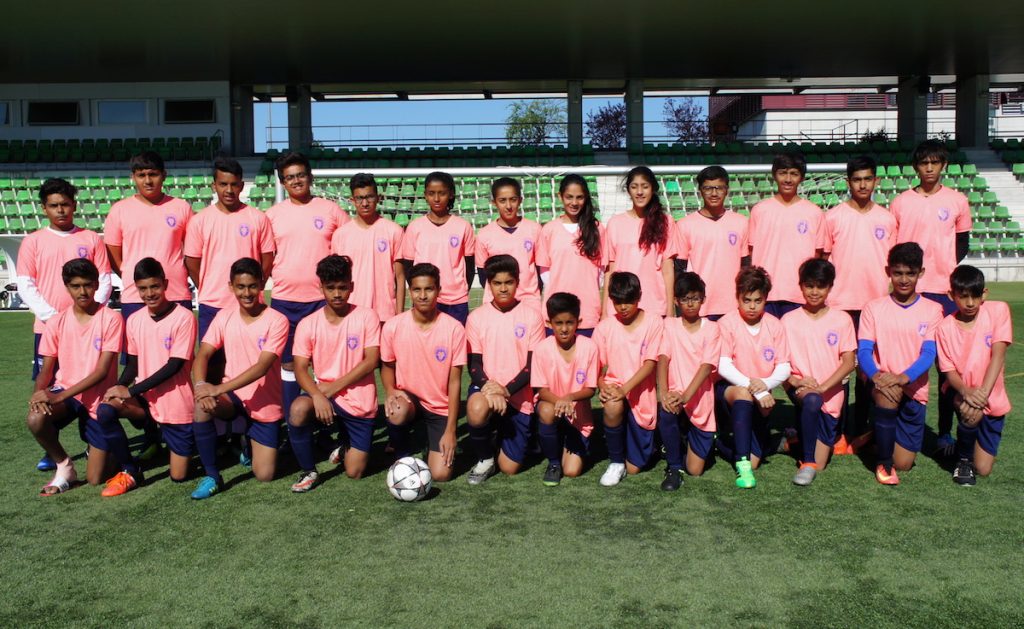