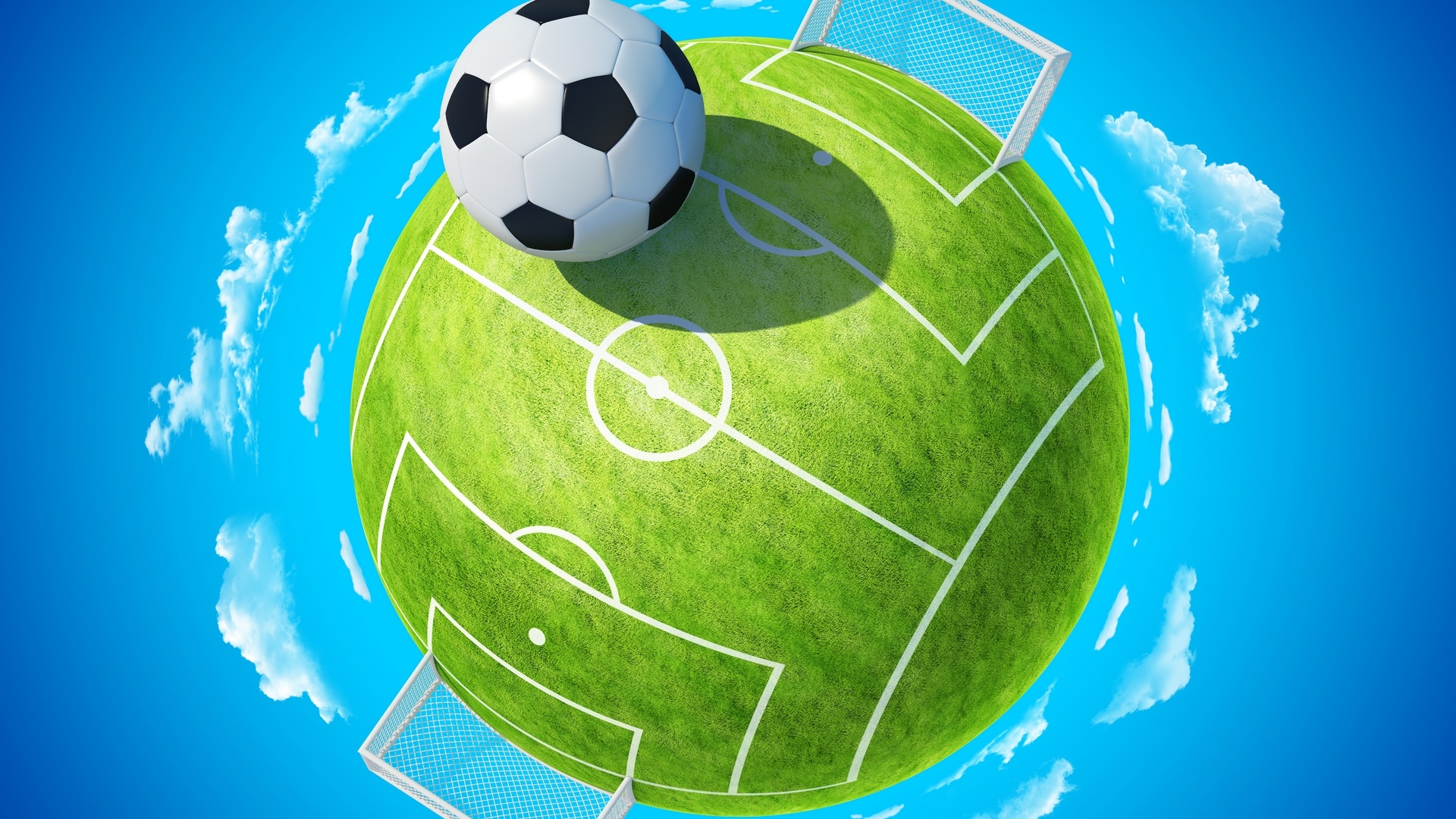 Laws of the Game – The Field of Play 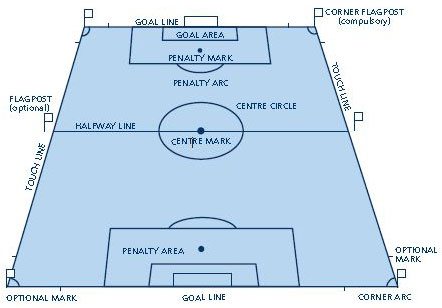 Matches may be played on natural or artificial surfaces, according to the rules of the competition.

The Field of Play and appurtenances shall be as shown in the plan above:-

The field of play is marked with lines. These lines belong to the areas of which they are boundaries.
The two longer boundary lines are called touch lines. The two shorter lines are called goal lines.
All lines are not more than 12 cm (5 ins) wide.
The field of play is divided into two halves by a halfway line.
The centre mark is indicated at the midpoint of the halfway line. A circle with a radius of 9.15 m (10 yds) is marked around it.

A penalty area is defined at each end of the field as follows:

A quarter circle with a radius of 1 m (1 yd) from each corner flagpost is drawn inside the field of play.

Goals must be placed on the centre of each goal line.
They consist of two upright posts equidistant from the corner flagposts and joined at the top by a horizontal crossbar.

The goalposts and crossbars must be white.

Goals must be anchored securely to the ground. Portable goals may only be used if they satisfy this requirement.

Decisions of the International FA Board

If the crossbar becomes displaced or broken, play is stopped until it has been repaired or replaced in position. If a repair is not possible, the match is abandoned. The use of a rope to replace the crossbar is not permitted. If the crossbar can be repaired, the match is restarted with a dropped ball at the place where the ball was located when play was stopped.*

Goalposts and crossbars must be made of wood, metal or other approved material. Their shape may be square, rectangular, round or elliptical and they must not be dangerous to players.

There shall be no advertising of any kind within the technical area or within one metre from the touch line and outside the field of play on the ground. Further, no advertising shall be allowed in the area between the goal line and the goal nets.

The reproduction whether real or virtual, of representative logos or emblems of FIFA, Confederations, National Associations, Leagues, Clubs or other bodies, is forbidden on the field of play and field equipment (including the goal nets and the areas they enclose) during playing time, as described in Decision 3.

A mark may be made off the field of play, 9.15 metres (10yds) from the corner arc and at right angles to the goal line, to ensure that this distance is observed when a corner kick is being taken.

Where a technical area exists, it must meet the requirements approved by the International FA Board, which are contained in this publication.