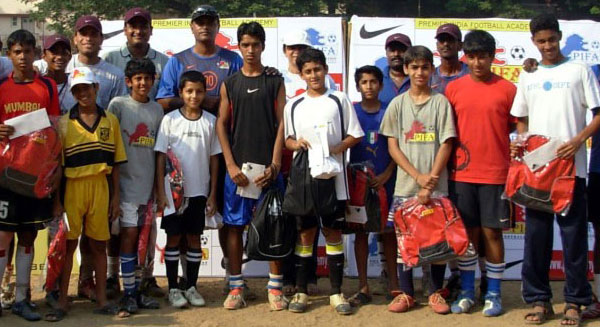 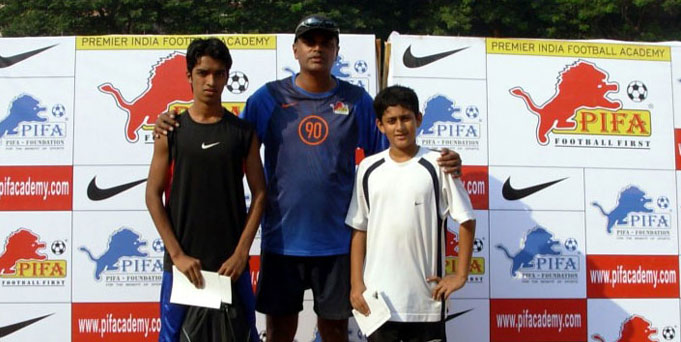 This year the record was broken by winner – Calvin Lobo (11) from Beacon High and a PIFA Student at the Bandra center with a fantastic score of 960 points. Runner up was Ajil Almeida (16) from Holy Cross Convent School with a score of 890 points. They both won a goodies bag from NIKE.

Dr Francis Saldhana, this year sponsored the top 10 children to participate at the PIFA International camp being held at Karnatak Sports from 3-6 November 2007.