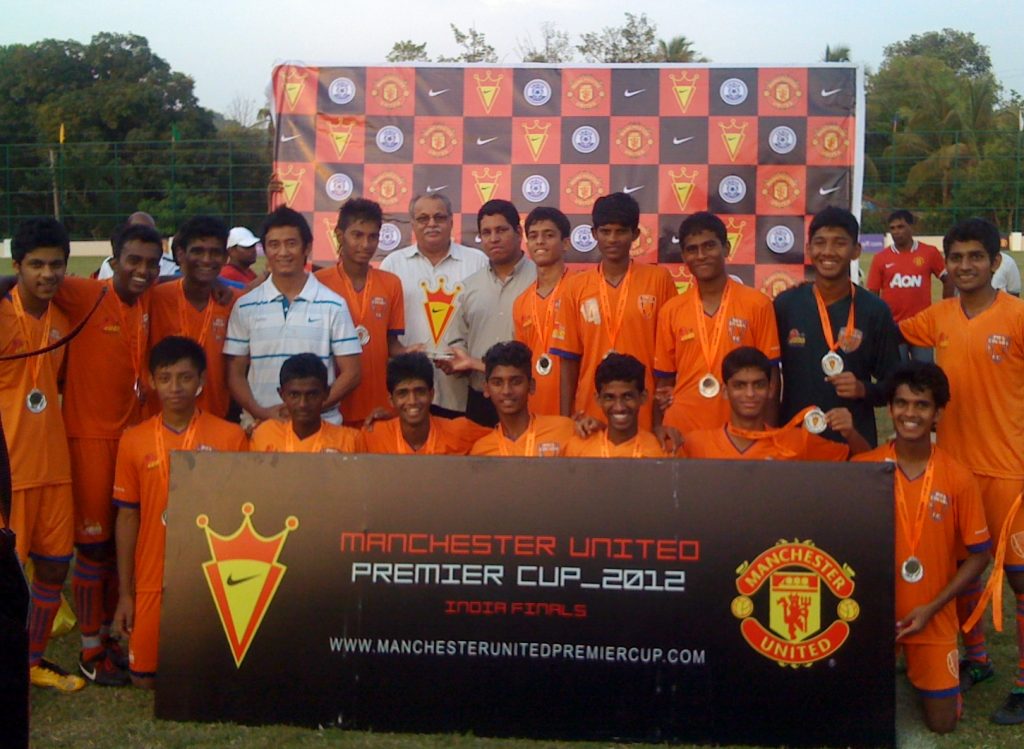 Premier India Football Academy (PIFA) under 15 students from the Elite training entered the finals of the NIKE – Manchester United Premier Cup tournament played at the SESA Academy football ground Goa from 7-10 May 2012.

This was a fantastic result for PIFA considering this was their first appearance as a team in this tournament. Teams representing Kerala, Gujarat, Tamil Nadu, Maharashtra, Karnataka, Madhya Pradesh and Goa fought for the West & South zonal title along with last years winner Salgaocar SC.

In the All India semi finals they beat Idukki Football Academy, Kerala 3-0 PIFA Colaba FC after playing 6 matches in 3 days had to play the finals against a fresh Chandigarh FA side that had only played one match in the last 5 days. The exhausted PIFA Colaba boys conceded 2 goals in the 2nd half of extra time.